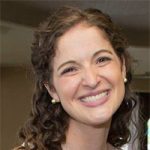 Suzanne learned about FHBS during her social work internship at Jewish Family and Children’s Service. Shortly after, she joined the board as an observer, followed by full board membership in November 2013. She is well versed in the operations of FHBS, having served as recording secretary, chair of the Monthly Stipend Committee and administrator of our Mishloah Manot fund raiser, among other supporting responsibilities. Suzanne is honored to have been elected to serve as president for the next four years. When not running FHBS or wrangling her toddler, she enjoys playing piano, bike riding, cross-stitching, Israeli dancing, and mahjong. 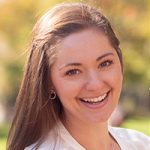 Meryl was introduced to FHBS by former board president Eileen Sklaroff, following many shared and peaceful mornings of yin yoga. Drawn to the notion of women supporting women, Meryl joined the board as an observer, eager to connect with the community after taking a leave from her professional role as a social worker. She became a full board member in 2019. Surrounded by a house full of males, she relishes in the connection to strong, empathetic women. In addition to supporting FHBS, Meryl enjoys exploring Philadelphia with her three boys, yoga and travel. 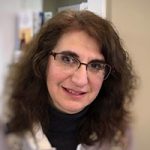 Board member emerita, Naomi Benditt, a friend from camp carpool days, introduced Alicia to FHBS. “I was moved when I heard each individual story of the women we help and jazzed that the organization is all-volunteer run and has been since its founding 200-years ago.”  She transitioned from observer to board member status in May of 2019. Alicia’s two daughters are now in graduate school programs studying law and speech language pathology.  Free from carpooling, she enjoys reading, gardening and is a bit of a homebody.  Professionally, her work revolves around the intersection of research, healthcare, and educational evaluation. 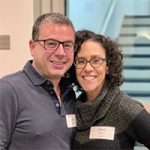 A professional at the Jewish Federation of Greater Philadelphia told Pam about FHBS, and she was immediately impressed with the mission of the organization. Excited to work with a group of Jewish women who help Jewish women in the Greater Philadelphia area, Pam joined the board in 2009.  She is an accountant by trade, so volunteering to be the treasurer was a perfect fit. Pam lives in the suburbs with her husband, two step-kids and two cats.