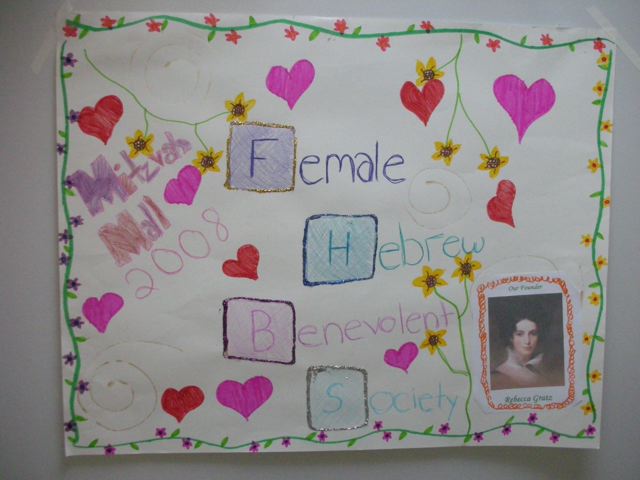 Our Past, Our Present

In all communities the means of alleviating the sufferings of the poor are considered of high importance by the benevolent and the humane. The original subscribers, members of the Hebrew Congregation of Philadelphia, and citizens of the United States and of the Commonwealth of Pennsylvania, sensible to the calls of their small society, and desirous of rendering themselves useful to their indigent Sisters of the House of Israel, associated themselves together for the purposes of charity; and in order to make the benefit permanent, adopted this Constitution. From the Preamble to the Constitution of the Female Hebrew Benevolent Society, January 16, 1837

Founded 200-years ago by the women of Congregation Mikveh Israel and guided by Rebecca Gratz, the Female Hebrew Benevolent Society remains the oldest Jewish charity in continuous existence in the United States. It is also the first independent organization established by Jews to serve Jews in the City of Philadelphia. In her chosen role as the first secretary, a position she held for nearly 40-years, Gratz set the stage for placing FHBS at the forefront of American Jewish social service.

The Society is overseen by a volunteer board of 13-managers who assume responsibility for administration and almost all overhead. There are no paid employees. Future board members serve as observers at semiannual meetings and gradually take on tasks as their knowledge of and commitment to our mission increases. Former board members may choose to serve as emeritae, participating in an advisory capacity to the extent that they are interested and able.

FHBS concentrates on four specific areas of assistance: emergency aid, including a small number of monthly stipends, personal emergency response systems for frail, elderly women, a pharmacy stipend program and camp scholarships. All cases are considered individually, taking into account any extenuating circumstances. Requests are filled as the treasury permits, often within a 24-hour period. Referrals come from communal professionals who screen the client to verify and prioritize her needs before making a recommendation to FHBS.

The Female Hebrew Benevolent Society welcomes online contributions via a major credit card or PayPal account. Thank you for your support.